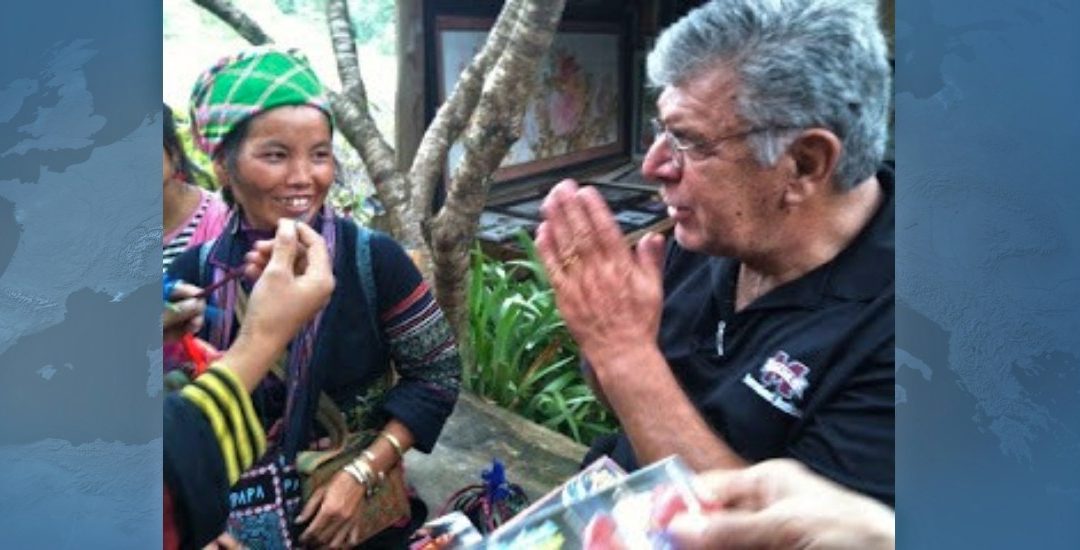 The English novelist George Orwell best captured my first experience in Vietnam with his penetrating words, “If the war didn’t kill you it was bound to start you thinking.” Having survived the former, I became a huge fan of the latter.

It can be safely assumed that many readers of this article have experienced defining moments in their lives and the choices made at those junctures have set them on paths far different from their earlier expectations: meeting their spouse, child birth, winning the lottery. The morning I received my Fulbright letter was such a moment; a simultaneous rush of both excitement and shock as my mind processed the words “congratulations” and “Vietnam” in the same sentence. Although time has been merciful to this veteran it did not dull certain “bad days” there. With some trepidation I agreed to teach at Nha Trang University for a year. 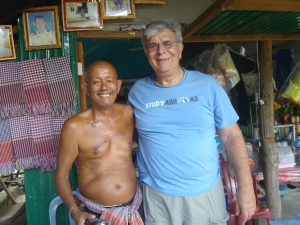 Although my Fulbright topic focused on geography’s physical and cultural influences on the societal ethos and, by extension, on its higher education leadership traits, it was not to be. I quickly learned that the Vietnamese psyche is far too opaque for such a transparent approach. As in other tradition-oriented cultures, indirect approaches are far more user friendly in getting the job done. That said, I opted for the back-door model and discovered a classic goodness-of-fit when interacting both with academia and navigating through my daily life. Apart from my academic goals, my deeply personal agenda was to live in and observe a culture that had set in motion profound changes in America’s consciousness. Early into my grant the academic and personal challenges seemed a bit daunting but now I am certain that I made the right decision.

Touching down at Tan Son Nhat airport after far too many hours in an economy seat next to my wife, a daughter, two grandchildren and a Raggedy Anne doll named LeRoy, we staggered into the hot Saigon (Ho Chi Minh City) night to collect our survival gear for the coming year: ten large suitcases, three back packs and a sea bag full of diapers and baby formula. It was SHOW TIME in my parallel universe! Time to set aside Kafkaesque realpolitik thinking and shift my attention to the crucial matters at hand i.e. not losing the grandkids, passports or luggage while processing through immigration. With the exception of a few bureaucratic episodes not worth mentioning beyond mentioning, we stepped out of the airport and into our Vietnam experience.

As earlier noted, although the U.S. embassy and Vietnam’s Ministry of Education and Training were in support of my academic proposal, it didn’t travel well from the capital Hanoi to my host city of Nha Trang. In short, much of what I wanted to accomplish didn’t find traction at my host university and much that I had never even considered doing became commonplace. At one of our early State Department “check your culture at the door” sessions, I mentioned that I was being underutilized at my host institution. The seven other Fulbrighters who were posted throughout Vietnam chimed in with the same concern. It seemed that our American “Can Do” attitude had begun to show. Upon reflection, we concluded that we were displaying the typical missionary zeal that seems to afflict many Americans living in foreign lands. I recall one embassy official hastily reminding us that the whole world recognizes Americans as workaholics…including the Vietnamese. My take-a-way was, “Don’t fall in love with your plan… adjust accordingly.”

Admittedly, although I had a well-constructed albeit overly ambitious academic goal, my host university had other plans for me. With the embassy’s blessing I embraced the “Go with the Flow” mantra when asked to do this or that by my Vietnamese colleagues. I had decided that they knew more about their needs than I so my clarion call became, “Great! I’ll start today.” Consequently, it didn’t take long before Vietnamese faculty invited me to “di di café den – go for coffee” (a euphemism for a multitude of activities done off campus…a delightful French colonial holdover). As a consequence of long hours spent in the open-air coffee houses along Nha Trang’s beautiful beaches more was accomplished than I could have ever imagined. Since every coffee house was Wi-Fied and the university electricity shut down on what seemed to be a conveniently regular basis the campus regularly evacuated en masse for coffee. Group work on a wide variety of research papers, grants, and graduate coursework ruled the day. Most young faculty were enrolled in graduate programs that had to be finished before they were a certain age. If not, the options at the university were severely curtailed…similar to tenure. Consequently, I drank far too much coffee at no charge. 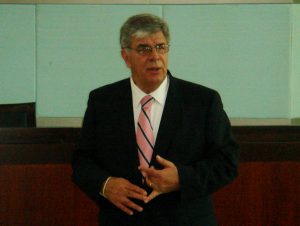 Living in a local neighborhood with neighbors such as the Seeing Hands massage parlor operated by the blind, a granny named Ba Bai hawking hot Ban Mi Thit (a delicious spicy sandwich wrapped in a hot French baguette) and the one armed army veteran who gave sidewalk piano lessons on his well-worn key board all provided insight into an ancient culture that had the tenacity and determination to dispose of a litany of foreign powers over the centuries.

As consumerism makes inroads into the Vietnamese value system the younger generation seems to be soul searching to discover what cultural attributes they must abandon to participate in a modern Vietnam and at what cost. Senator J. William Fulbright captured this inner struggle in his book, Arrogance of Power, “What they fear, I think rightly, is that traditional Vietnamese society cannot survive the American economic and cultural impact”. I  believe that the jury is still out on that particular fear.

Sixty percent of Vietnamese are under the age of 30. Consequently, they do not carry the same baggage as their (or our) older generation about the American War. One perky student asked my age in an American culture class that I taught and when I informed her she quite innocently used a new word that we had studied earlier that morning…” Dr. Stephen, you walking relic!” Vietnamese are moving forward with focused youthful exuberance and their government seems to be running to catch up.

In part, due to my year in Vietnam I believe that Mississippi State University now has the potential to build a strong academic relationship with my host university and with student candidates in no less than 11 cities that I visited throughout that nation. When my Fulbright work required travel MSU recruiting materials went along. Parents and students from Ca Mau in the south to Sa Pa along the Chinese border and nine cities in between are now aware of MSU’s offerings. We have established the seeds of working relationships with the parents of several academically gifted Vietnamese students (six enrolled now at MSU and three in the pipeline), a doctoral student candidate who specializes in pig diseases and who speaks French, Chinese, Vietnamese and English. In addition, Nha Trang University administration seems happy with my contribution to three successful Royal Norwegian grants. I’m told that the grant successes aided in the vice director of their biodiversity and environment institute visiting the MSU campus to discuss partnerships. These are but a sampling of the academic take-a-ways that may be the consequence of my Fulbright experience. I would like to think that the give-a-ways are of similar quality but I can only measure that by the warm e-mails regularly received from parents of current and future MSU students and the ongoing requests from Nha Trang University and Vietnam National University-Hanoi faculty to continue editing their graduate papers and research grants.

Shakespeare wrote a few words that capture my feelings about Vietnam today: “I like this place and willingly could waste my remaining days in it”.